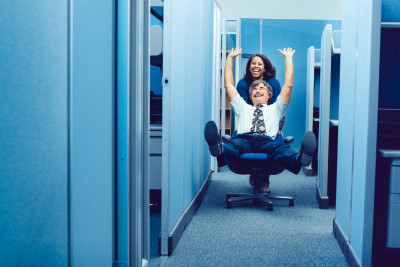 Leading up to the 2019 festive season, numerous Bills passed through the parliamentary process and became Acts (legislation); these legislative changes affect a wide range of personal finance areas.

Notably, regardless of whether you are a wealth accumulator or retiree, you may find that one or more of these legislative changes are of relevance to your financial situation, goals and objectives, now and into the future.

In this article, part one of a two-part series, we cover legislative changes that fall under the Government’s Health and Treasury portfolios:

The PBS provides Australians with timely, reliable and affordable access to necessary and cost-effective medicines.

In broad terms, patients pay a co-payment of up to $6.60 (for concession card holders) or up to $41.00 (for general patients) towards the cost of each PBS medicine, with the Government paying any remaining cost.

However, the PBS Safety Net scheme protects individuals or families who need a large number of PBS medicines in one year from excessive out-of-pocket costs.

For example, those who spend an amount equal to their PBS Safety Net threshold amount on co-payments in a calendar year, and are issued with a PBS Safety Net Card, receive further prescriptions for that year:

Given this, from 1 January 2020, the PBS Safety Net threshold amounts will reduce:

The 2019-20 concessional contributions (CC) cap is $25,000 per annum. The CC cap includes personal deductible contributions and employer contributions, such as SG and salary sacrifice.

Given this, from 1 January 2020, the following apply in relation to salary sacrificing arrangements:

The NALI provisions are an existing anti-avoidance measure that seeks to prevent the inflating of super fund earnings through non-arm’s length dealings; any income that is NALI is taxed at the highest marginal tax rate.

However, previously, there may have been ambiguity in terms of the application of the NALI provisions with regards to losses/outgoings/expenditures incurred (or not incurred) by a fund in certain circumstances.

Given this, from 1 July 2018 (applied retrospectively), the NALI provisions have expanded to remove any ambiguity. Below is a general overview of this expansion, with focus solely on a super fund’s losses/outgoings/expenditures aspect.

Ordinary or statutory income will be NALI where the expense in generating that income is not at arms’ length, including where no expense was incurred because of any non-arms’ length dealing.

In addition, income derived by a super fund as a beneficiary of a trust through holding a fixed entitlement to the income of the trust, will be NALI of a fund where the expense in acquiring the entitlement to trust income and or expenses in producing that income were less than it should have been if the parties were dealing at arms’ length, including where no expenses were incurred.

Generally speaking, super funds can’t borrow money to purchase investments. However, SMSFs can borrow by entering into an LRBA – the rules are complex and very strict on how this should be set up.

In our article, ‘Your total super balance (TSB) and wealth accumulation’, we noted that when calculating a person’s TSB, this may include an ‘LRBA amount’ in certain circumstances.

For example, a person’s TSB may be increased by their share of the outstanding balance of an LRBA entered into by the super fund from 1 July 2018 (applied retrospectively), related to the asset/s supporting the person’s super interests. However, in this instance, the increase only applies where:

Please note: This doesn’t apply to the refinancing of an LRBA entered into before 1 July 2018 (old borrowing), and both of the following apply:

The restructuring of a business, or automation of one or more of their processes, can sometimes lead to a reduction in a business’s staff numbers with certain positions being made redundant.

Understandably, this can be both a difficult and stressful time for all affected, but probably more especially for those that are made redundant (regardless of what stage they are at in their careers).

In the event that redundancy does occur, it’s important to note that genuine redundancy payments (and approved early retirement scheme payments) are eligible for concessional taxation treatment.

One part of the eligibility criteria centres on a ‘genuine redundancy’ age limit. Notably, a disconnect began to emerge between this age limit (previously age 65) and the trend in workforce participation by older Australians.

For context, Australians are increasingly remaining in the workforce after reaching age 65. For example, in January 2018, Australians aged 65+ had a workforce participation rate of 13%, compared with 8% in 2006.

Given this, the age limit at which concessional tax treatment for genuine redundancy payments has been adjusted to be in line with a person’s Age Pension qualifying age (this may be up to age 67, depending on their date of birth). This adjustment applies to payments received by those who are made redundant or dismissed under an early retirement scheme from 1 July 2019 (applied retrospectively).

There have been other recent legislative changes that have occurred. However, we have already covered these in detail previously. If you would like further information on any of these, a link to each is provided below:

If you would like to discuss any of the abovementioned legislative changes, and their relevance to your financial situation, goals and objectives, please do not hesitate to contact us.

Click here for part two of this two-part series where we cover numerous other recent legislative changes. 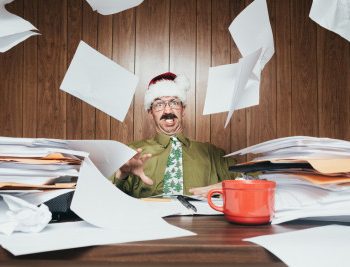