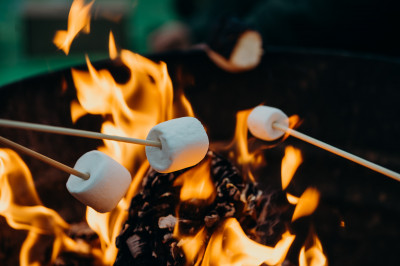 Becoming a master of delayed gratification means you can buy as many marshmallows as you want, forever.

Delayed gratification is basically your ability to resist the allure of an instant reward and hold out for a potentially greater reward in the future.

It was first explored in the famous 1972 Stanford marshmallow experiment by psychologist Walter Mischel and his team. Mischel tested young children and their ability to exercise self-control and not eat a single marshmallow while a researcher left the room. The child was told that if they could hold out, they would be rewarded with two marshmallows when the researcher returned.

Results varied tremendously, and the effort involved for some kids to hold back will bring a smile to your face.

Or maybe it won’t. Especially if you recognise your own frustrations and inability to stop eating the marshmallow just because it’s there.

While the marshmallow experiment is a cute experiment about kids’ love for sweets, its implications were much greater than that. Mischel, and a later 1990 follow-up study, found that the kids who mastered delayed gratification had better overall life outcomes.

(Side note: it’s worth noting that socio-economic factors that Mischel didn’t account for may have played a huge hand in those outcomes; however, the fact remains that delayed gratification did significantly correlate with traits of self-control and coping.)

Essentially, those delayed gratification kids had it all figured out.

What this means to wealth

Which brings us neatly back to our own figures—our personal finance. Delayed gratification has a great deal to do with how healthy our finances are looking.

Being able to temper the instant want for things in order to invest money into building future wealth is not an easy thing to do. There’s a heap of marshmallows out there tempting us on a daily basis. And those marshmallows have an Instagram account that brings the green-eyed monster out to play every time.

Finding a balance between having a good life now and protecting that life in the future may all come down to delayed gratification.

In theory, most of us would say yes to all of the above. Until we’re buying the trainers, or saying yes to meeting for dinner or popping into the café ‘just this once’.

Delayed gratification is something you can learn

In the moment, the decision to say no to things over and over again is actually super hard. In fact, without a decent strategy, this kind of discipline can be downright painful.

The good news is, delayed gratification isn’t something you either have or don’t have. Mischel and subsequent researchers all believed it was a learned skill.

“The most important thing we learned is that self-control — and the ability to regulate one’s own emotions — involves a set of skills that can be taught, and learned,” Mischel said in his 2014 book The Marshmallow Test: Mastering Self-Control. “They’re acquirable. Nothing is predetermined.”

Trust that the reward is coming

A 2013 follow-up marshmallow study concluded that self-control was important, but beliefs about the stability of the world were just as key. You need to trust that if you delay eating the marshmallow today, you will be rewarded with something better later.

This was one of the reasons why children from lower socio-economic backgrounds found delayed gratification so hard. They didn’t trust that the researcher would return with two marshmallows like they said they would. That simply wasn’t the lived experience of these children.

In the same way, you need to truly believe that if you delay spending your money today, you will grow wealthier in the future. Perhaps, deep down, you don’t.

There are many possible reasons why you’re not on board with this fundamental money truth. The ‘what ifs’ might be tripping you up. Or a lack of confidence that you can change your habits. Or you might even believe that what has reliably happened for other people won’t happen for you.

If you’re a bit shaky on the stability front, it’s time to take steps to secure your financial world. Learn as much as you can about the fundamentals of good money management, and see a financial adviser to help you along. It might even be worth talking to a psychologist to unpack the reason behind your shaky money mindset.

Know exactly how long you have to wait

If you haven’t got a really clear picture of what you want your money to do for you and when, you’re going to find it extremely hard to avoid temptations in front of you. So, take some time out to set and visualise your goals. Know exactly what you want, how you plan to get there, and very importantly, how long it’s going to take.

Once you’ve got your goal in mind, get to know it very well. The more “immediate” you can make a long-term goal, the better. One study found that people put 30 per cent more money into saving for retirement after they saw a digitally altered photo of themselves at 68 years old. Being able to visualise their old-age self made saving for retirement seem much more urgent.

Then the next time you’re tempted by the marshmallow, shake hands with yourself at 68 instead.

Distract yourself in the meantime

Kids who did well at the marshmallow test used distraction techniques to improve their self-control. They deliberately wouldn’t look at the marshmallow, focusing on something else in the room. Many occupied themselves with a song or dance to distract themselves from the marshmallow’s siren call. Others thought about playing with their favourite toy or friend.

The reason distraction works is that instant gratification (eating one marshmallow now) and delayed gratification (waiting to receive two marshmallows later) are a battle between two different parts of the brain.

“There’s the limbic system — the lower, more primitive brain, which responds immediately and emotionally, and allowed us as a species to survive a predator-filled environment in ancient times,” Mischel says. “Then other parts of the brain, concentrated in the prefrontal cortex, allow us to do things like control our attention, and think about the future, and delay gratification.”

It might help to work through possible scenarios and have a list of distraction techniques ready to go. It might look something like, “If Joe invites me to the pub on Friday, I’ll ask him around for a beer at my place on Saturday instead.” This strategy is called ‘if-then’ planning, and research has shown that it significantly increases your likelihood of sticking to your resolutions.

Remember to eat the marshmallow

All good, but don’t beat yourself up if your limbic system goes to town sometimes. It’s all about balancing what your money can buy for you now with what you want it to do for you in the future.

“People think the test means you should delay gratification all the time. That’s not it at all,” Mischel told Vox. “If we did that, life wouldn’t be worth living. This isn’t about constant, rigid self-control. It’s about making decisions on when it’s worth waiting, and when it’s time to ring the bell.”

In other words, sometimes the right decision is to pop the marshmallow in your mouth and happily go about your day.

If you have any queries about this article, please contact us. 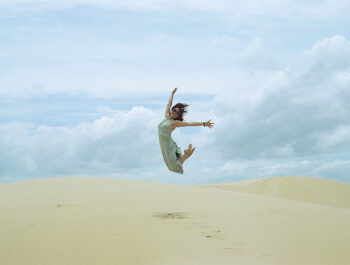 Two billionaire traits you can adopt 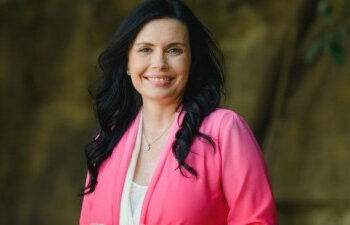