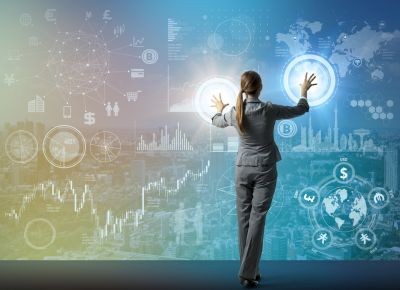 When you think about currency, the first things that may come to mind are Australian coins and bank notes. Currencies can largely be classified into two monetary systems, namely, fiat money and commodity money (i.e. objects that have intrinsic value as well as value in their use as money e.g. gold).

Without going into too much detail, in economic terms, our coins and bank notes are commonly referred to as fiat money – basically this means money, without intrinsic value, that is issued and controlled by our Government and deemed as legal tender, namely, recognised as an appropriate medium of exchange for the purchase of goods and services.

In addition to coins and bank notes, data such as bank balances and records of credit or debit card purchases can also fall under the umbrella of fiat money.

As such, the way that you complete a payment for a purchase with fiat money may be with physical money (e.g. coins and bank notes) or via electronic means (e.g. a debit card that draws from the money held in your bank account).

An important point regarding electronic payments is the process that is undertaken to complete a transaction. Here is a simplistic example:

1. On your way to work, you stop at your local café, and decide to purchase a morning coffee by using your debit card and the vendor’s EFTPOS machine.

2. This payment request is received and then actioned by your financial institution (unless there is insufficient funds in your bank account).

4. The end result is your purchase is approved and both your bank account and the vendor’s bank account are adjusted to reflect the transfer of funds e.g. a debit in your account and a credit in theirs.

However, unbeknownst to you and the vendor, there is one final step that takes place.

5. The sending and receiving financial institutions settle the differences in the amounts of debits and credits via the Reserve Bank of Australia at the end of the day.

The definition of fiat money and the process involved in transactions are important to understand when considering the remainder of this article. With this in mind, over the last few years, there has been increased discussion around cryptocurrency, Bitcoin and blockchain. So what are they?

Cryptocurrency
Overview
A cryptocurrency is an alternative type of currency, considered by some to be a hybrid between fiat money (such as coins and bank notes) and commodity money (such as gold or silver). It’s a virtual or digital currency, which is not considered legal tender; however, it can be used as a medium of exchange if a vendor chooses to accept it as payment for their goods or services.

Cryptocurrencies do not require government issuing or control, nor assistance from financial institutions to process payments. Instead, they use special encryption techniques (e.g. cryptography) to keep data secure, store and create ‘monetary units’ as well as verify transactions within a decentralised (e.g. peer-to-peer network), digital public ledger (e.g. a blockchain).

As it stands, there are over 1,000 different types of cryptocurrencies, with a combined market capitalisation (market cap) of over AUD $177 billion. Market cap refers to the total market value of a company’s outstanding shares (or, in the case of cryptocurrencies, their monetary units) and is calculated by multiplying the current market price of one share/monetary unit by the number of outstanding shares/monetary units. Market cap is commonly used to understand the relative size of one company versus another.

Bitcoin
The cryptocurrency that is probably most well-known, and the first of its kind, is Bitcoin. An unknown individual or group called ‘Satoshi Nakamoto’ created it in 2009 along with the technology that underpins it, namely, blockchain. Currently, Bitcoin has a market cap of over AUD $132 billion and a trading value of AUD $7,940 per monetary unit (i.e. bitcoin). Despite the high trading value, you do not need to purchase a full bitcoin; each bitcoin is able to be divisible to a certain amount of decimal places. Bitcoin, as with other cryptocurrencies, can be purchased and sold via special cryptocurrency exchanges.

Blockchain
Blockchain is the technology that enables the existence of cryptocurrency.

Blockchain is a decentralised, digital public ledger of all cryptocurrency transactions linked together as ‘blocks’ in a linear sequence. Here is a simplistic example of the blockchain process involved in transactions:

1. You request a transaction involving the transfer of bitcoins from your account to another’s as payment for the purchase of goods or services. This request is initiated via instructions utilising what are called public keys (comparable to a bank account number) and private keys (comparable to an ATM PIN). As these keys are long strings of numbers and letters, the underlying identity of the sender remains anonymous.

2. The requested transaction is broadcast as a block to a peer-to-peer network consisting of computers, known as nodes. Individuals or groups called miners operate these nodes. The network of nodes then approve the transaction and validate it by solving mathematical algorithms.

3. Once verified, the transaction block is time stamped and added to the existing blockchain in a way that is permanent and unalterable. A reward for the miners in approving and validating a transaction is payment via transaction fees and/or the release/creation of new bitcoins.

4. The transaction is complete.

Given the characteristics of blockchain, mostly around the permanent and unalterable nature of time stamped blocks within a chain, it has been proposed that this technology has other applications not just limited to cryptocurrency, for example, property settlements, voting and health care record keeping.

Important considerations
Volatility
To date, speculative investing and short-term trading has taken precedence over the intended use of cryptocurrencies, namely, to act as an alternative medium of exchange for the purchase of goods and services. Part of the reason may be attributed to the fact that the value of cryptocurrencies can be quite volatile. Reasons for the volatility may be due to government reactions to the alternative currencies (e.g. taxation measures and proposed regulation), varying perceptions of its intrinsic value (and, how to calculate it) and news relating to potential security vulnerabilities*. An example of volatility can be seen in Bitcoin’s trading value per monetary unit (bitcoin) for the month of September 2017:

Tax Treatment
Below is not a complete list, but serves to highlight several considerations for investors and consumers regarding the tax treatment of cryptocurrencies, such as Bitcoin:

Whilst we have tried to simplify cryptocurrency, Bitcoin and blockchain into something intelligible, as you can see it can be quite complex. If you are considering investing in cryptocurrency, it’s important to keep in mind investment fundamentals (e.g. diversification, risk versus return and liquidity), the potential to lose funds via security vulnerabilities and the associated tax treatment, as well as carefully consider whether such an investment is appropriate to your financial situation, goals and objectives. 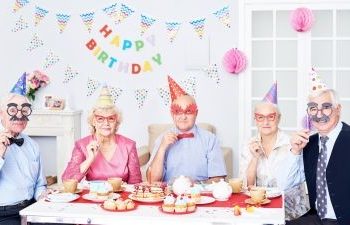 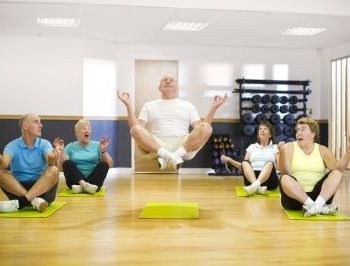